Are you planning to go downtown Sunday evening for Lakeland’s annual Red, White & Kaboom Independence Day celebration and fireworks? LALtoday put together a guide to what you can expect, including a schedule, food trucks and entertainment.

The long-anticipated Biscuits and Benedicts has opened on South Florida Avenue in Dixieland following nearly three years of challenges. With brunch entrees ranging from $8.95 to $15.95, the eatery emphasizes local products from businesses like Concord Coffee, Tea Largo and Bee-Haven Honey Farm, as well as works from local artists, The Lakelander reports. Owners Troy Hambrick and James Kerr are in the process of getting an alcohol license and are already considering opening a second location at Merchants Walk. | Menu

As black clouds threatened rain, about 20 pro-choice protesters lined Florida Avenue in front of Southgate Shopping Plaza Friday evening, hours after the U.S. Supreme Court struck down federal protections for a woman’s right to have an abortion, allowing each state to rule on the matter. END_OF_DOCUMENT_TOKEN_TO_BE_REPLACED

Rodin Exhibit Opens at the Polk Museum of Art on Saturday

Works from the most famous name in modern sculpture have taken their places inside the exhibit halls of the Polk Museum of Art at Florida Southern College, waiting for the public to view them starting on Saturday when the doors open at 10 a.m. END_OF_DOCUMENT_TOKEN_TO_BE_REPLACED

James and Lavern Watkins dreamed of owning their own home to raise their children and looked for several years, but couldn’t find anything in their price range. END_OF_DOCUMENT_TOKEN_TO_BE_REPLACED

Read It in the Morning Paper: Publix IT, COVID in Polk, Legislature

The Washington Park/Rochelle Alumni Association handed out $30,000 in scholarships to 15 local high school graduates at its 29th annual Scholarship Awards Celebration at the Polk Museum of Art. END_OF_DOCUMENT_TOKEN_TO_BE_REPLACED

A small group of people at Monday morning’s Lakeland City Commission meeting waited for an hour following a proclamation by Mayor Bill Mutz, which recognized June as “LGBTQ Pride Month,” so they could voice their opposition to what several called “an abomination” and “sexual perversion.” END_OF_DOCUMENT_TOKEN_TO_BE_REPLACED

Poor Porker Making Way for a Coffeehouse and Marketplace

The Poor Porker, a vintage outdoor venue known for its beignets and live music, announced it is closing its doors after a farewell party on July 3 to make way for Unfiltered Lakeland, a “coffeehouse, marketplace, eventspace” scheduled to open later this year. END_OF_DOCUMENT_TOKEN_TO_BE_REPLACED

Lakeland city commissioners have declined to draft regulations over short-term rentals such as those offered through AirBnB or VRBO, The Ledger reports. “We’re not interested in doing something proactively short term,” Mayor Bill Mutz said Friday during a work session held to explore the topic. The city legal staff had briefed commissioners on a Florida law that limits their domain over the rentals but also described regulations enacted by Flagler County commissioners that have withstood legal challenges. | ALSO: Video of the workshop | Previous LkldNow article

Juneteenth Not a Day Off for City of Lakeland – Yet

On Monday, banks will be closed and so will post offices in observance of Juneteenth, a federal holiday that marks the end of slavery in Texas in 1865. The city of Lakeland will be open for business this year, including a city commission meeting scheduled for 9 a.m. Monday.

END_OF_DOCUMENT_TOKEN_TO_BE_REPLACED

The mid-century modern, 70-foot-tall orange arch and green slash, with Southgate scrawled across it in white, has long been an icon of the South Florida Avenue shopping center since it was built in 1957, making appearances in the films “Edward Scissorhands” and “The One and Only Ivan.”

Now it is part of an award-winning painting by Lakeland artist Karla Pirona. “Southgate” earned first place in the “Faces and Places” regional juried show in Art Center Sarasota on June 8.

END_OF_DOCUMENT_TOKEN_TO_BE_REPLACED

The Polk County School Board meeting room was awash in rainbow colors Tuesday evening for the district’s annual Pride Proclamation.

END_OF_DOCUMENT_TOKEN_TO_BE_REPLACED

A donation from Julie Fancelli of Lakeland funded the three-minute, $60,000 speaking engagement by Kimberly Guilfoyle, a fundraiser for former President Donald Trump, at the rally on Jan. 6, 2021, that preceded the Capitol riot, according to a breaking story by The Washington Post. (A shorter version is available at MSN.) Fancelli, a daughter of Publix Super Markets Inc. founder George Jenkins, also donated $300,000 of the $500,000 cost for the Jan. 6 rally, it was reported in January 2021.

Polk Lieutenant Honored as Deputy of the Year

Polk County Public Schools is proposing a major change in its hiring practices after a special education teacher and basketball coach was hired at Haines City High School more than a year after he was found not guilty of sending a sexually explicit image to and kissing a student at Poinciana High School.

END_OF_DOCUMENT_TOKEN_TO_BE_REPLACED 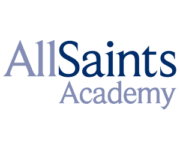 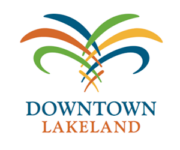 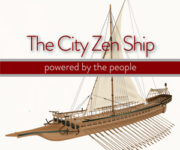 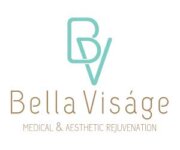 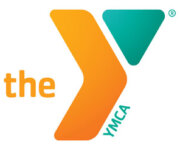 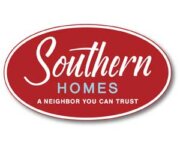 Eleanor Roberta Rubin, 84, passed away peacefully at home, May 19, 2022, after a brief illness. Rubin, a native of Brooklyn, NY, married her childhood sweetheart, Gerald Jesse Rubin, Aug. 3, 1958. They remained married for the next 53 years until Gerald Rubin’s death in 2011.

As a young woman, Rubin exhibited grace, elegance, and glamour. In her later years, the most frequently used description was, “So cute.”

Before starting a family, Rubin taught Spanish at Sam Barthe School, an all-boys private school that existed for more than 40 years, in New Orleans. The school was well known for being an elite educational facility, consistently producing far more National Merit Scholarship finalists than any other school in the city. After her two children were born, Rubin became a full-time mother.
After her children were grown, she volunteered as a docent at the Polk Museum of Art. She also worked at Maas Brothers preparing tasty treats for customers utilizing various kitchen gadgets sold at Maas Brothers.

Her hobbies included oil painting, sewing, playing bridge, attending theatre, and traveling. She learned to enjoy bluegrass and bluegrass gospel music. She attended a Dailey and Vincent concert in Lakeland as well as the Lake Alfred Bluegrass Bash twice. Rubin was also a foodie who enjoyed a variety of foods and drinks. Her favorite drink was a margarita.
One of her fondest memories from recent years was a cruise to Bermuda where she swam with dolphins.

During the last 10 years of her life, Rubin improved her health by adopting a mostly plant based lifestyle. She visited the Lakeland Family YMCA at least three days a week for 30-minute walks on the treadmill and to use the weight machines in the gym.

She will be greatly missed by her children, Alan Jay Rubin of Marietta, GA and Sheryl Lyn Rubin of Lakeland, FL.