Jim Malless today became the first Lakeland city commissioner to publicly support moving a 117-year-old Confederate monument out of Munn Park. Malless said at this morning’s commission meeting that he made the decision after researching the history of monuments erected throughout the South.

Malless’ comment came after Commissioner Don Selvage read a three-page statement (see below) saying the violence in Charlottesville, Va., and recent decisions to move rebel monuments in other cities compel Lakeland to hold an open discussion about the future of the Munn Park statue.

Selvage suggested the city solicit comments from a variety of local organizations and then hold public metings to discuss the monument. The commission held off on voting on Selvage’s idea today because Mayor Howard Wiggs and Commissioner Edie Yates were absent. A vote is expected Sept. 5.

Malless, who faces three challengers as he seeks re-election this year, said his research into Confederate monuments revealed:

Malless wondered aloud whether there’s any record of what was said in speeches when the monument was dedicated on June 3, 1910, and added, “I’ve come to the conclusion that the monument was placed there to suppress the African-American, not to be inclusive, not to be reconciliatory.”

This afternoon a reporter and a city historian checked documents in the Lakeland Public Library archives to see if there’s a record of what was said when the monument was dedicated on Confederate President Jefferson Davis’ birthday in 1910. The library’s newspaper microfilm records start with 1911, the year after the event, so contemperaneous news accounts are unavailable there.

Historic accounts of the unveiling spoke of several thousand spectators, a parade, a picnic for veterans and a performance by 13 girls representing the 13 states that seceded from the Union, but did not mention the content of the speeches.

A 1909 editorial by Gen. E.M. Law, editor of the Bartow Courier-Informant, called for a Confederal monument on the Polk courthouse square and said it would be a “small token of respect to the memory of our beloved old soldiers. They are fast passing away and in a few years will be with us no more.” The editorial also said a monument would “remind us of … helping to build the splendid South of today.”

A newspaper article from 1961 said a Florida Confederate Memorial Day ceremony had been held at the Munn Park monument every year since 1910. That year the Lakeland High School Band played “Dixie,” a Stephen Foster medley and other “Southern melodies.”

The local chapter of United Daughters of the Confederacy paid $1,750 for the statue from the McNeel Marble Co. of Marietta, Ga. That company manufactured more than 140 Confederate monuments placed around the South, according to an article in the Atlanta Journal-Constitution today written by former Ledger reporter Ben Brasch. 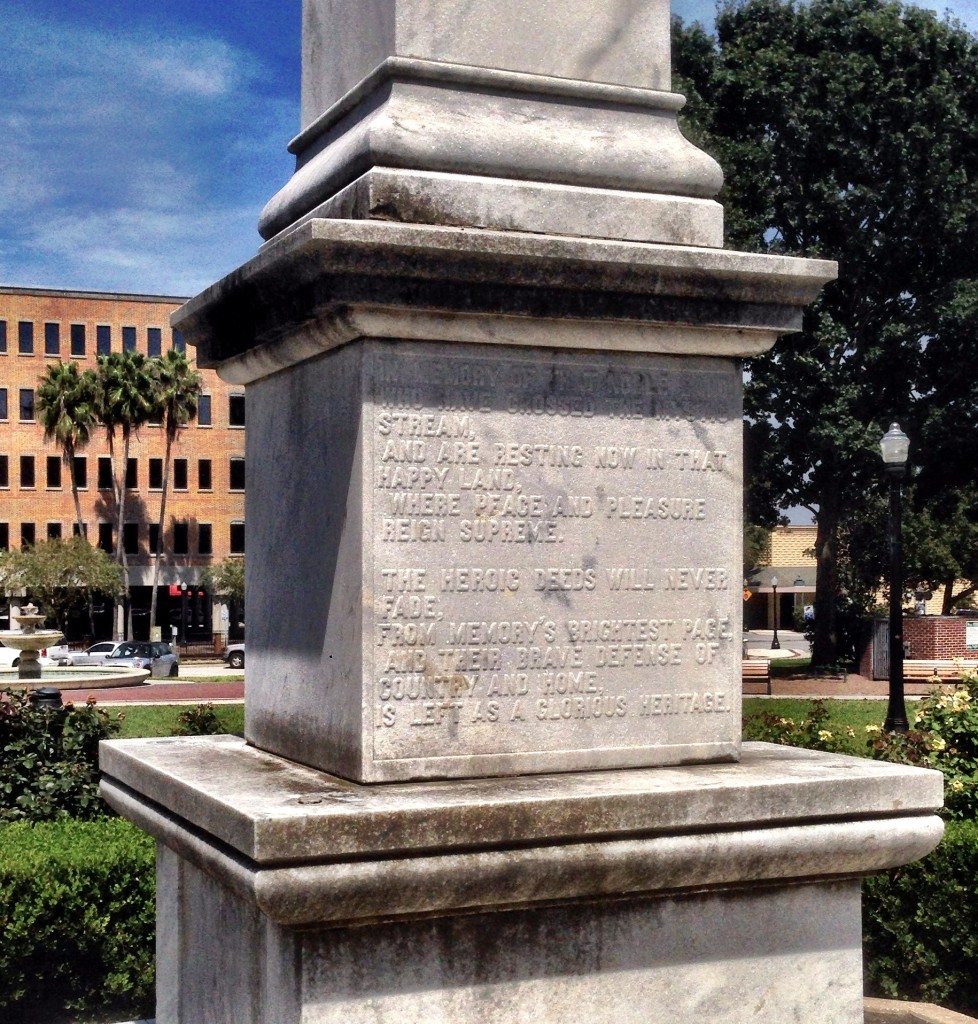 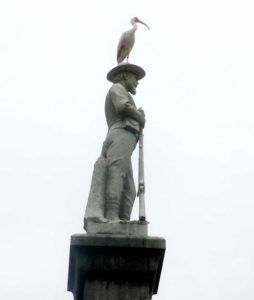 “Moving a statue doesn’t make a difference. What matters is what is in your heart,” Walker said. He added the only way he would consider moving the monument is if it were deemed a public safety threat.

“Taking down a statue won’t change it if you don’t like me because I’m black,” Walker said at an earlier meeting today.

Commissioner Bill Read said he agrees with Walker’s statements and added he has been in Lakeland since 1960 and didn’t realize until recent years that the statue represents a Confederate soldier. He suggested holding a referendum on the issue: “It’s not my place to dictate my feelings on the masses.”

But Selvage said it would be impractical to put the issue on the November ballot and that  “as elected representatives, it’s our responsibility to make a decision.”

Commissioners heard from a handful of residents this morning who were split on the issue. Selvage noted the comments were all respectful, unlike the angry scenes in some other cities, and concluded, “Maybe Lakeland CAN do this differently.”

Here are some tweets reflecting comments made at this morning’s meeting, followed by Selvage’s statement calling for a discussion about the monument.