The crosswalk will allow students to cross more quickly between the sidewalks on the east side of Scott Lake Road and the north side of Lake Miriam Drive while decreasing delays for motorists, Lakeland Traffic Operations Director Angelo Rao said. 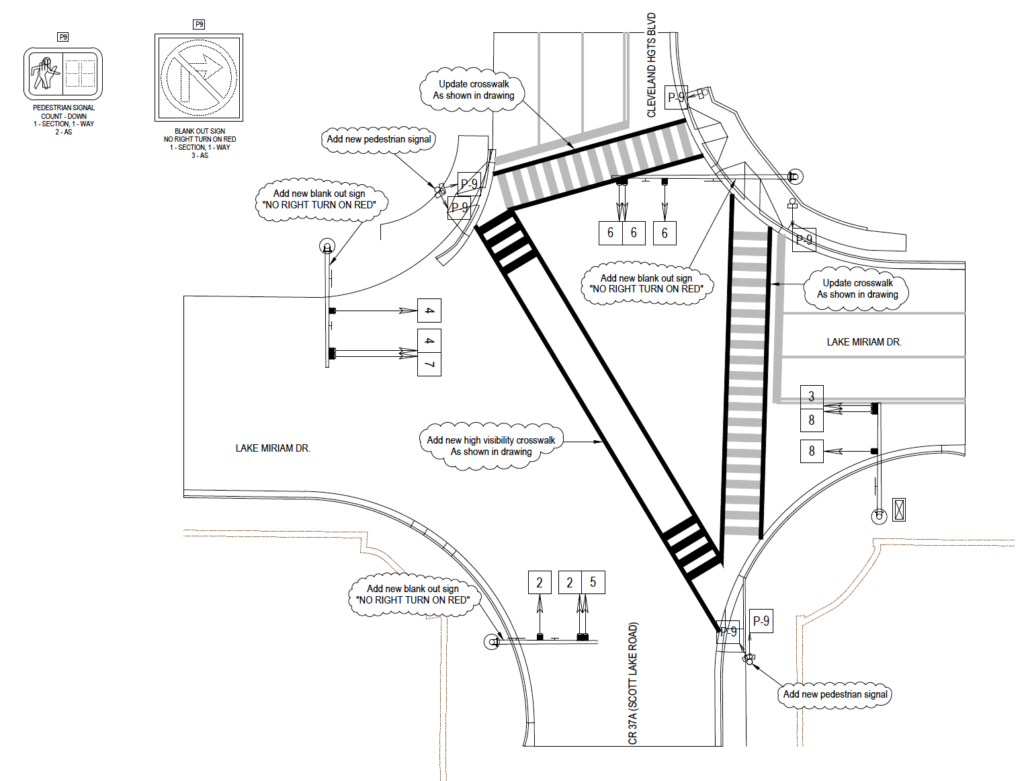 The diagonal crosswalk combines with two other changes at the intersection:

The combination of the diagonal crosswalk and the no-right-turn signs should allow pedestrians to cross faster — and delay traffic for less time — than the previous L-shaped crossing of two streets took, Rao said.

“We are confident that this package of safety countermeasures will play a significant role in improving the safety to the children while minimizing inconvenience to the motoring public,” Rao said in a city of Lakeland news release.  “The TOPS (Traffic Operations and Parking Services) team will continue to monitor the intersection’s operations through our CCTV system on a daily basis.”

Crosswalk painting at the intersection is scheduled to start at 9:30 a.m. Tuesday.