Tony Golf Community Was Once a Mining Town 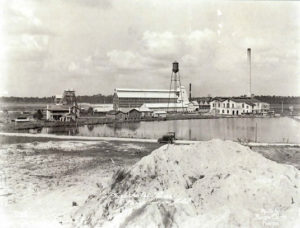 Diners gazing out the large picture windows at the rear of the the Grasslands Clubhouse would be forgiven if they can’t imagine the manicured golf course in front of them and lakeside houses off to the right were once the site of a phosphate plant and a small mining community called San Gully.

The community was built just over a century ago by the Lakeland Phosphate Co., and its residents mined the land until 1945 under a succession of owners.

Richard Fifer, a retired aerospace engineer who grew up here (LHS Class of 1963), has spent the last 20 years researching the history of the local phosphate industry. He detailed the background of San Gully in a presentation before about 50 people at the Lakeland Public Library tonight.

The audience included two former residents of San Gully and a grandson of Claude M. Harden Sr., a former Polk school superintendent who grazed cattle on vast acreage he bought there in 1946. 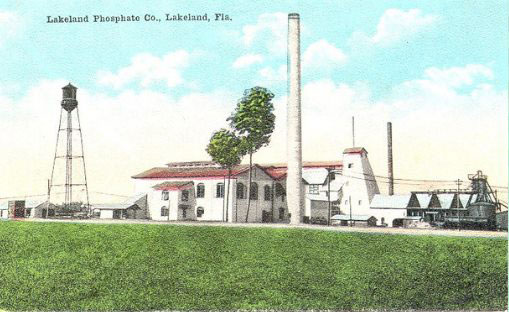