New plans for “Catapult 3.0” released today show a structure that combines the Mediterranean Revival curves of the Lakeland Cash Feed building it replaces with an expanded version of the glass-and-steel entry envisioned for “Catapult 2.0.” Read on to see architect renderings and floorplans.

Plans to renovate the 1924 Cash Feed building overlooking Lake Mirror into the Catapult 2.0 business incubator were put on hold after Hurricane Irma weakened an already-fragile structure.

After the hurricane, the Lakeland Economic Development Council, parent organization of Catapult Lakeland, weighed options and decided to rebuild on the site where the Cash Feed structure will be demolished, LEDC President Steve Scruggs wrote in a blog post.

“Our team had made a commitment to this project on this site and we felt that Lake Mirror still needed a catalyst project,” Scruggs wrote.

The three local architectural firms that collaborated on the Cash Feed renovation — WMB-ROI, The Lunz Group and KCMH — re-assembled and revised plans for a new Catapult 3.0 structure that fits a similar footprint to the building it replaces.

(Click an image below to see a larger version.)

The high-line Scruggs mentioned is a plan envisioned by the WMB-ROI architecture firm for an elevated walkway connecting the North Lake Mirror development planned just north of the CSX rail tracks with Lake Mirror and downtown businesses. (See an explanatory video.)

The new Catapult plans will accommodate the budget for Catapult 2.0 and a similar 40,000-square-foot, three-story floorplan that will quadruple the space currently available in Catapult’s home in the basement of the Bank of America building, Scruggs said.

Thanks for subscribing!
Disclosure: As a still-new business, LkldNow got its start at Catapult and its editor/publisher is a Catapult member.

Next up for Catapult: The new building design goes before the Lakeland Historic Preservation Board for review on Dec. 21.

Here is a look at some of the plans that had been approved for Catapult 2.0: 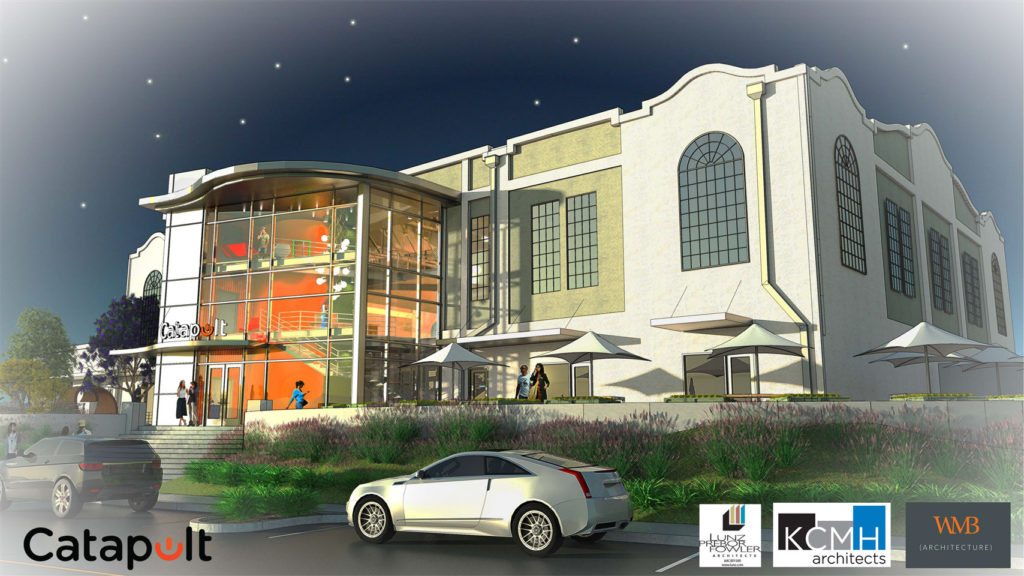 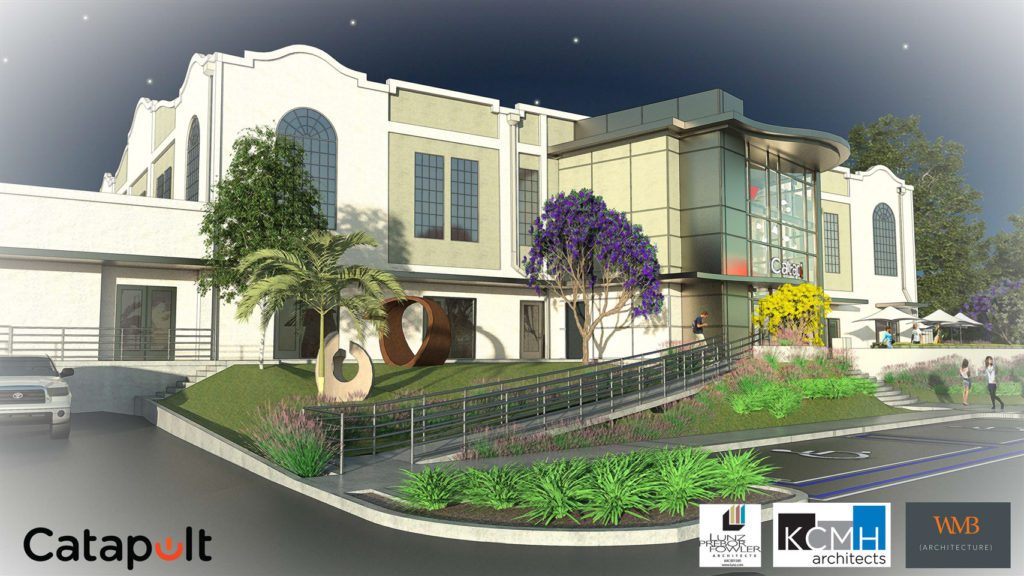