After introducing Latin fusion cuisine to Dixieland through his upscale Nineteen 61, chef Marcos Fernandez is bringing similar flavors to a wider audience through D’Lucas, a fast-casual, takeout restaurant that begins its soft opening Saturday.

The restaurant will occupy the newly repainted, stand-alone building at Dixieland Village that housed the popular Fat Maggies and the short-lived Crane’s Crossing.

With a menu that emulates the simplicity of Chipotle, the diner starts with a a choice of two bases (rice bowl or sticky buns) and adds from a list of five meat combinations. (A vegetarian mix can be substituted for the meat). Prices are $9.60 or $12.99, depending on the amount of meat; toppings and sauces can be added for a bit extra.

Also available are “61 style” house salads and cuban sandwiches, as well as two desserts by Honeycomb Bakery, which is operated by Fernandez associate Benjamin Vickers. 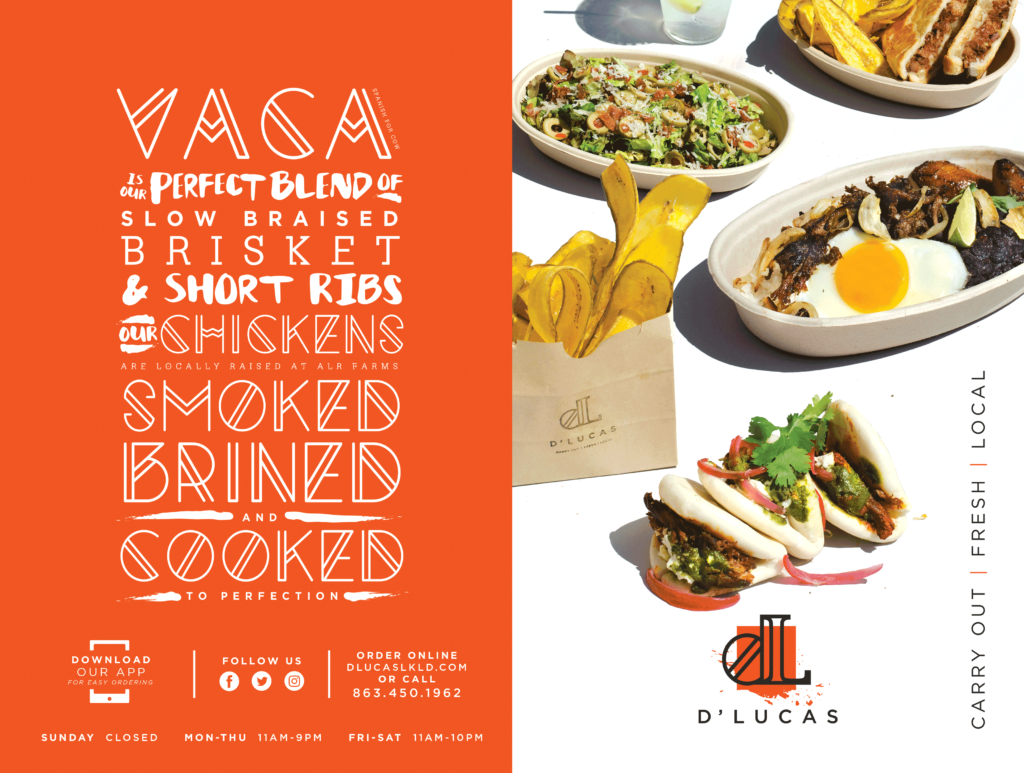 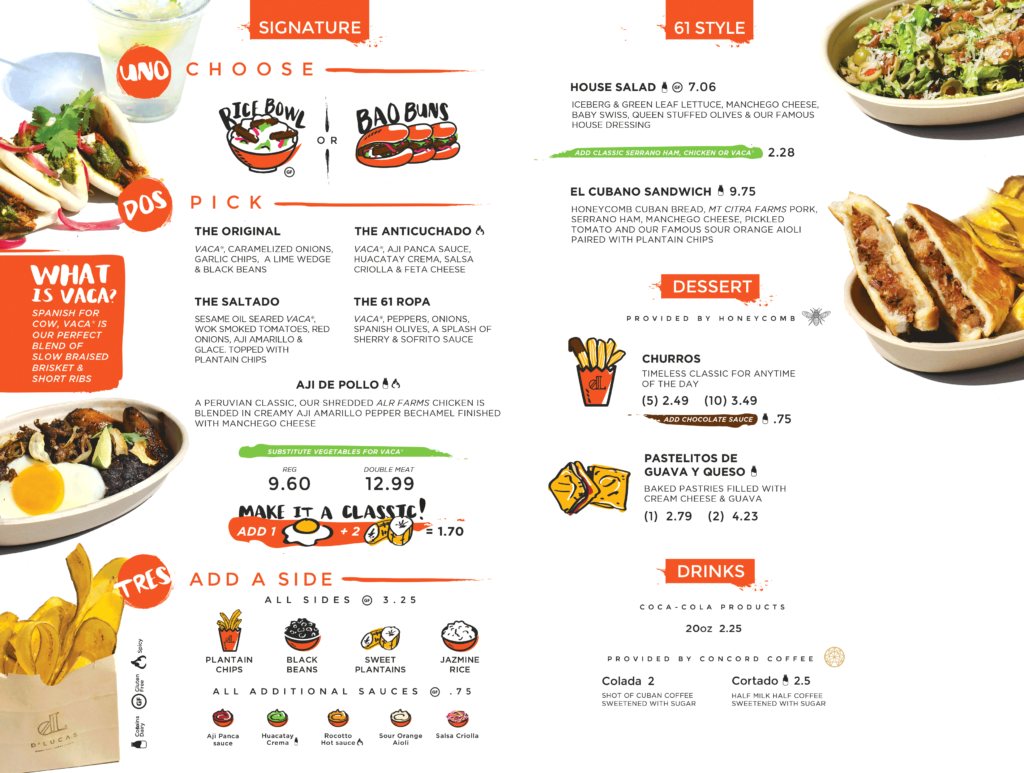 Customers will see a large version of the menu as they approach the order window on the south side of the building. Entree orders will typically take about eight minutes to prepare, Fernandez said. A mobile app (iPhones | Androids) will let customers order in advance for quicker pickup. Orders can also be made via the restaurant website or by phone.

Fernandez has brought in enough kitchen, cooling and bakery equipment to fill the small, wood-frame building. Outdoor seating, some with umbrellas, is available for customers who don’t want to wait until they get home.

The restaurant will be open six days a week, opening at 11 a.m. each day and closing at 9 p.m. Mondays through Thursdays and at 10 p.m. on Fridays and Saturdays.

D’Lucas has set up a partnership with its nearest neighbor, Concord Coffee. Two Concord coffee drinks will be available at D’Lucas, and Concord has started offering baked goods from Honeycomb.

Fernandez, 40, opened Nineteen 61 in December 2015 after having been executive chef for four years at the then-Lakeland Yacht & Country Club. He is planning to open another restaurant in a boutique hotel being built in downtown Winter Haven.

The new Dixieland restaurant is named for his young son, Lucas, who was excited when he heard his dad was starting a new business.