When Lakeland residents spend their money to hear songs on a jukebox, they’re most likely to listen to country artists such as Jason Aldean, Steve Earle or Garth Brooks — at least in five of the city’s eight Zip codes. The other three prefer Ed Sheeran, Maroon 5 and Five Finger Death Punch.

That’s the conclusion of analysis by the Wall Street Journal of data from jukebox vendor TouchTunes.

The analysis, which the Journal concedes is unscientific, looks both at favored artists and genres. In Lakeland, country emerged as the top genre, followed by rock and pop. R&B and Latin music barely registered, with R&B showing up in 33801 and Latin in 33815.

The Journal analyzed music played on 60,000 jukeboxes nationally between September 2014 and August 2015.

“Once outside the suburbs of most cities, the music compass tilts toward country music, with most rural areas saturated with songs by Luke Bryan, Steve Earle and Eric Church,” Journal reporter Elliot Ramos wrote.

In the second map below, the dots are scattered within the affected Zip codes and don’t represent specific neighborhoods where a genre is favored. 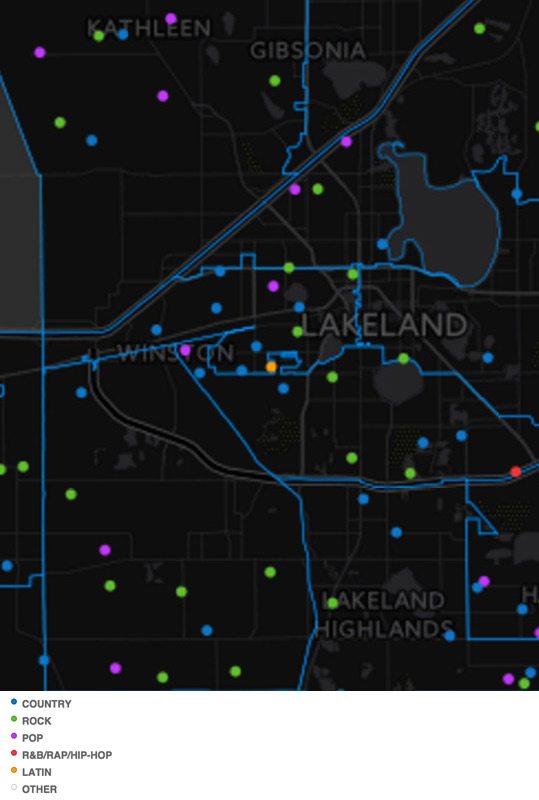