An awkward five-way intersection at the north end of Lake Beulah would become a roundabout with four access points, under a plan being floated by city officials. Members of the public will have a chance to learn more and comment on the proposal at two public meetings scheduled for later this month.

Currently traffic signals control traffic flow at the intersection where Main Street, Lake Beulah Drive and Sloan Avenue come together at acute angles. The intersection is heavily used by people traveling between the area just west of the RP Funding Center and George Jenkins Boulevard; it is projected to get heavier use when nearby Bonnet Spring Park opens as soon as next year.

With the current configuration, drivers can wait up to 3 minutes and 40 seconds because when one leg has a green light the other four are stopped, city transportation officials said. 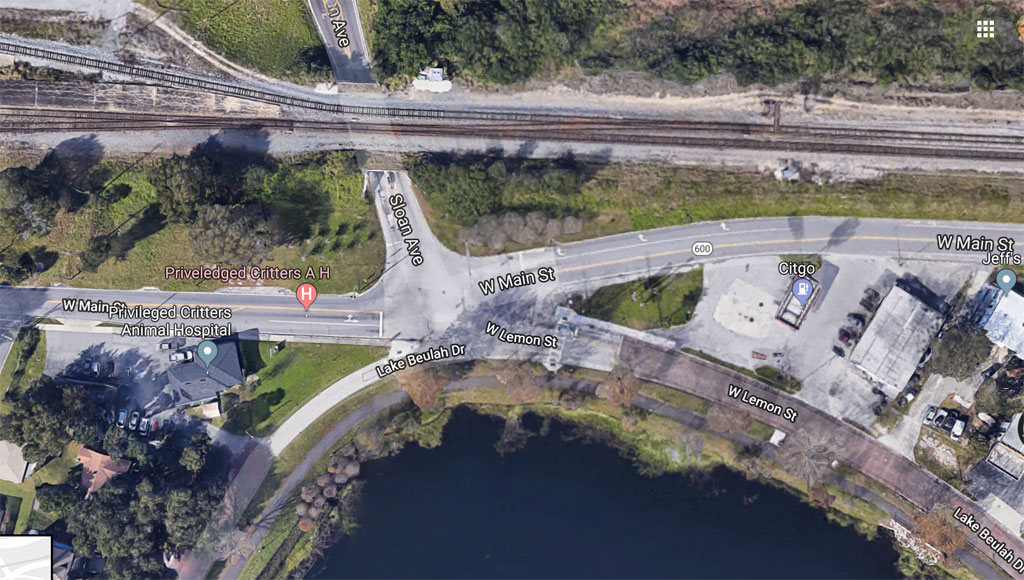 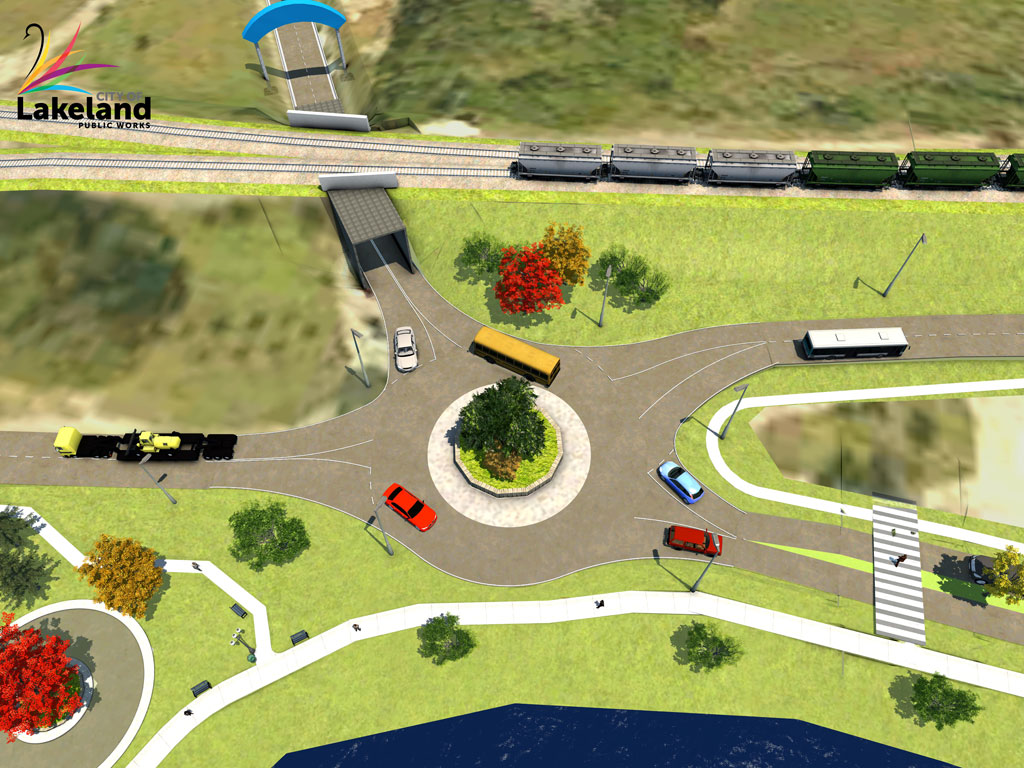 “The conversion to a cul-de-sac heightens pedestrian safety by eliminating a crosswalk,” Cook said.  “The secondary benefit is the creation of a passive recreational landscaped area that we’re already discussing would be a great option for artwork or other amenities.”

Two public meetings to take comment on the proposal are scheduled for April 17 and 24 in the auditorium at Blake Academy, 510 Hartsell Ave. Both meetings begin with an open house at 5:30 p.m. followed by a formal presentation at 6.

“This public meeting is being conducted to give interested persons an opportunity to express their views concerning the location, conceptual design and impacts of the proposed improvements,” according to a city of Lakeland news release.

In addition, comments can be emailed to D’[email protected]