Crews started dismantling the Confederate monument in Munn Park this morning as city officials, news crews and a sparse crowd gathered to watch. A crane lifted the statue of a Confederate soldier off its supporting plinth around 10 a.m.

After the jump, view photos and a video from the moments when the soldier was lifted away from the column that has supported it since 1910: END_OF_DOCUMENT_TOKEN_TO_BE_REPLACED

HOMELESS HELP: A Lakeland family is no longer homeless after receiving a Continuum of Care (COC) grant. The Homeless Coalition of Polk County oversees the COC grant and divides the $1.6 million between the Talbot House, the Agency for Community Treatment Services Inc. Tri-County Human Services Inc., and Wilson House.

HEALTH ALERT: After a third case of rabies was found this week, Polk County health officials are extending the rabies alert area into most of Lakeland. “The alert area roughly comprises a rectangle bordered by the Hillsborough County border on the west, West Socrum Loop Road on the north, Berkeley and Thornhill roads on the east and the Polk Parkway on the south.”

BIKELAKELANDERS: Bicyclists Dale Jacobs and Stuart McMartin completed their 600-mile charity bike ride from the Florida-Georgia line to Key West. The pair raised $21,000 for the Wogan S. Badcock unit of the Boys and Girls Club of Lakeland.

LAWLAKELANDER: Retired Florida Supreme Court Justice R. Fred Lewis joined Florida Southern College as its first Eminent Professor of Law and Letters. Lewis was a student athlete at the school in the mid-1960s.

KINDNESS: To combat bullying, Sleepy Hill Middle School Principal Kathryn Blackburn instituted “Kindness Day” at the school Thursday. The program found a variety of ways for the children to encourage kindness in each other and themselves.

FIRE: Coverage continued of the Lakeland file that claimed the life of Lorretta Pickard. A press conference with County Fire Chief Tony Stravino and Deputy County Manager Joe Halman was held Wednesday. | The Florida Fire Chiefs Association announced they will investigate whether Capt. James Williams properly handled the response to the Nov. 23 fire. | Polk County Fire Rescue released a series of photos from the fire.

SCHOOL BUS: To give Citrus Connection a chance to apply for state grants to serve two schools that serve profoundly disabled students, their board of directors asked Polk County Public Schools to wait until the 2020-2021 school year to eliminate school bus service to a dozen charter school campuses in the county. Citrus Connection Executive Director Tom Phillips also asked that some schools they serve start at a later time in order to utilize existing routes.

DOG SHOW: It’s “the best time you can have without a poop bag,” said Trent Rowe, the coordinator and vendor chair for this weekend’s Strawberry Cluster Dog Show at Lakeland Linder International Airport’s Sun ’n Fun area. Human admission is free, but it cost $5 to park a car. In addition to the usual dog show grooming competition, there will be retrieving, dock diving, hunting, and tests for handling stressful situations. (The dogs, not the handlers.) The show is Feb. 15 – 18, 8 a.m. to late afternoon each day.

FATAL FIRE: County commissioners want details about Polk County Fire Rescue’s response to a house fire on Rockridge Road that claimed the life of a 76-year-old disabled woman awaiting rescue. ALSO: Listen to audio and read a transcript of 28 minutes of radio communications or hear the 911 call.

CORRECTION: The morning paper published a corrected article about lead testing in Polk County schools. The paper noted: “The original version of this story incorrectly compiled information on Polk County Public Schools’ lead testing program. Initial results cleared 59 school sites — 35 sites have had their lead issues remediated, initial results for five other sites are not yet available and the district is awaiting follow-up results from the final 29 school sites, according to the district.” The article contains other corrections.

LPD: The Lakeland Police Department purchased 16 new cruisers ahead of schedule to get the cars before prices rise. LPD officials also expect most manufacturers will move to SUVs only for their police vehicle options.

PCFD: Relatives of a Lakeland woman who passed away in a November fire believe the Polk County Fire Department did not follow procedures and failed to save her. According to records, Loretta Pickard, 76, stayed on the phone 20 minutes while a 911 operator told her help was imminent. A News Channel 8 report alleged fire department records noted the home wasn’t engulfed in fames when firefighters arrived and they could have saved Pickard.
ALSO: Fox13 News provides a timeline.

BASEBALL: The Detroit Tigers start their 83rd Spring Training in Lakeland on Wednesday. The first game is Feb. 22nd against Southeastern.

FIRE 10: If commissioners approve the increase in the fall, homeowners in unincorporated Polk County will be assessed an additional $10 per year in fire fees just a year after a 5.5% property tax increase. The additional money from both increases is slated for a new fire station and additional firefighters. 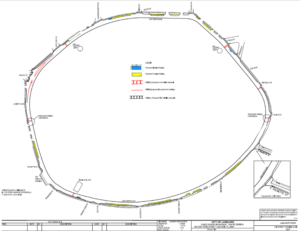 Lake Morton Drive will not be closed during a resurfacing project that begins Feb. 18 and is set to end Feb. 28. City Director of Communications Kevin Cook said in a news release that the road will remain open with lane closures so drivers should expect delays.

In addition to resurfacing, END_OF_DOCUMENT_TOKEN_TO_BE_REPLACED