City efforts to bring more convention business to the RP Funding Center got a boost today when the Lakeland City Commission approved the sale of property across Lime Street to a local company that plans to build a suite hotel.

Lakeland Hospitality Group LLC, whose principals are Wesley Barnett and Robert Lee, is planning a five- to six-story, full-service hotel that will bring up to 130 rooms to a 3.58-acre parcel that’s now part of a vast parking lot west of the Hall Communications building.

The developers will buy the property from the city for $400,000, subject to a six-month due-diligence period and zoning approval, under today’s agreement. They hope to start construction early next year, city officials said, but the agreement gives them three years to start.

The hotel, tentatively to be part of Marriott’s Springhill Suites group, will include a lounge with food service and 4,000 square feet of meeting space, according to a city document (embedded below). 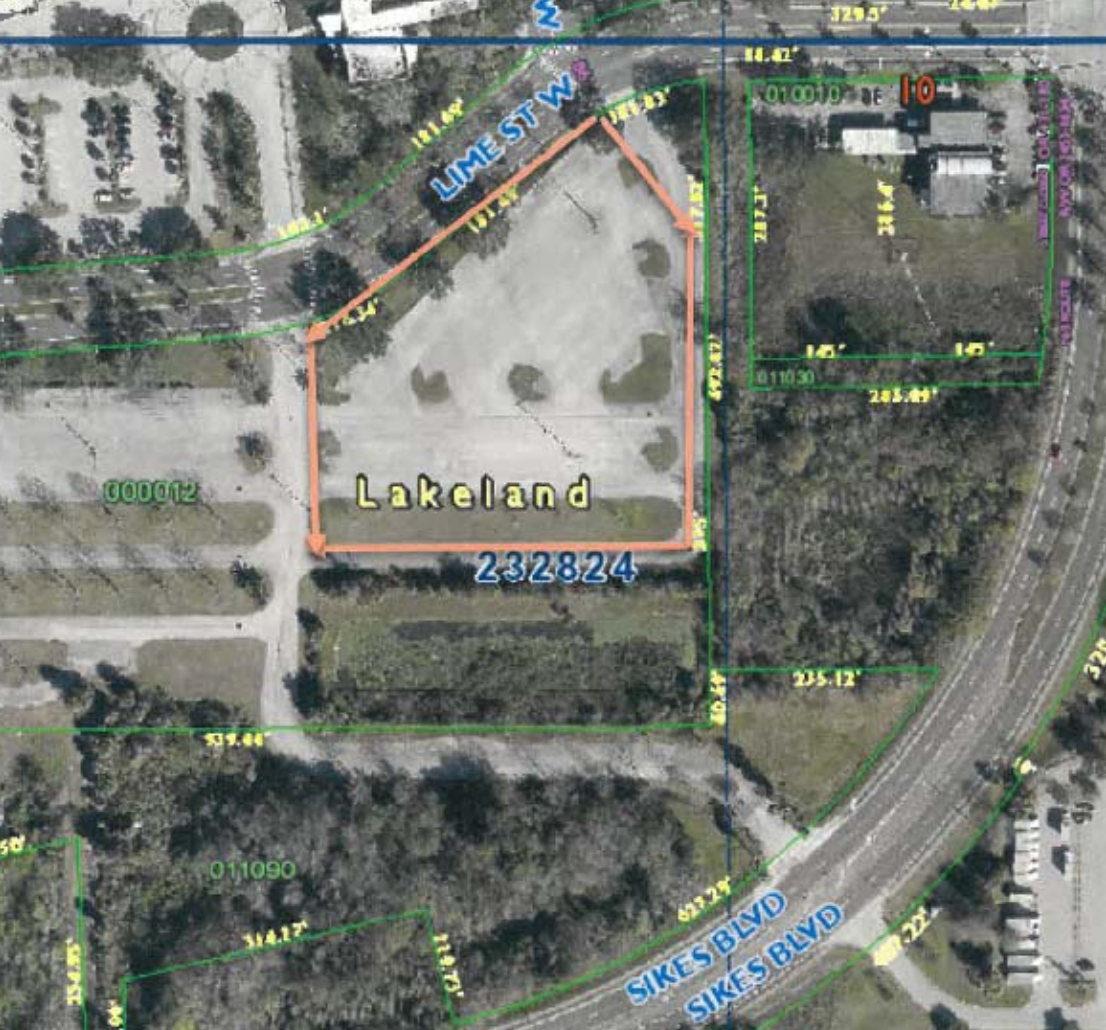 No full-service restaurant is planned for now.

City officials have pushed for a second hotel to supplement the 127-room Hyatt Place just east of the facility that was known until recently as The Lakeland Center.

The hotel property has been appraised at $1.1 million, but City Manger Tony Degado said he thinks the $400,000 sales price is fair to all sides. Without a hotel, the land would remain a parking lot, he said. In addition, the developers are asking for no incentives, unlike others who sought to develop the property. He also noted that Amersuites, the original hotel at what is now Hyatt Place, was given a long-term, $1-a-year lease.

The presence of a second hotel will help RP Funding Center attract trade shows, Delgado said. “Many (groups) have said we’d love to come, but you need more hotels,” he said.

A $14 million project underwritten by bond sales aims to update the RP Funding Center by upgrading its convention/meeting rooms and expanding the George Jenkins Arena, which will be home to the Lakeland Magic, the Orlando Magic’s G-League team.

Delgado, a former assistant director of the RP Funding Center when it was called The Lakeland Center, said he was excited about the agreement.

“Having a local group who understands what we’re trying to do as we expand the RP Funding Center as an exhibit and meeting space is important,” he said. “A second hotel property on site puts us in a better position.”

The contract calls for joint marketing between the developer and RP Funding Center. Asked what kind of marketing he envisions, Barnett said, “We see ourselves as integral partners with the city and we will do our part in ensuring our mutual success.  We believe we will add great value to the venue and allow them to book more and larger events since they are better able to accommodate their guests on site.”

City Commissioner Justin Troller called the difference between the appraised value and the sale price “excessive” but joined in a 5-0 vote to proceed with the deal. Mayor Howard Wiggs and Commissioner Edie Yates were absent from this morning’s meeting.