Improvements Coming to Lake Hollingsworth and Ingraham; But First, Detours

The intersection of Lake Hollingsworth Drive and Ingraham Avenue is about to get some bicycle and pedestrian safety improvements; during construction, drivers going around the lake can expect to detour around the intersection for up to 2 1/2 weeks.

The changes include a small concrete barrier that will separate the bicycle lane from vehicle traffic. In addition, one of the two pedestrian crosswalks across Lake Hollingsworth Drive will be eliminated.

The upshot is a that the current stop sign for bicycles will change to a “Bicycles Must Yield to Pedestrian” sign, resulting in smoother bicycle traffic flow.

The work is scheduled to start June 4 and could take until June 20 to complete, city officials say. During that time, traffic will be detoured away from part of the northern end of Lake Hollingsworth Drive. 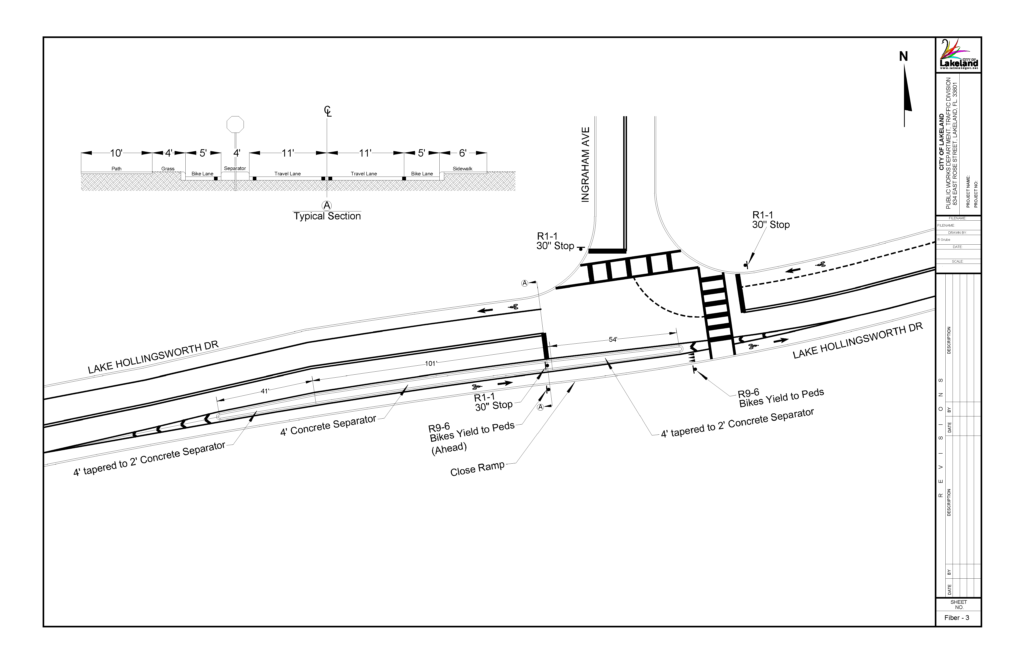 The project includes these changes:

“These enhancements will eliminate the mandatory stopping requirement for bicyclists in favor of yielding to pedestrians; the safety for pedestrians crossing to and from Lake Hollingsworth should be enhanced,”  Rau said. “The separator will add an element of safety for bicyclists while reducing motor vehicle speeds and encouraging compliance of all traffic regulations.”

The Lake Hollingsworth/Ingraham intersection is featured in this video between 00:35 and 00:53: