What goes up can also come down. You might remember that city commissioners raised the base rate for Lakeland Electric customers last month. On Tuesday, they reduced the fuel charge for October through December. Bottom line: The “typical” residential customer using 1,000 kWh a month will see a 50-cent reduction in the electric portion of their monthly utility bill.

Here’s a breakdown from Lakeland Electric based on a customer who uses 1,000 kWh a month (While that has been the standard calculation for years, there have been suggestions that the current average is closer to 1,200 kWh a month):

Every three months, city commissioners and the city Utility Committee evaluate the fuel charge, which is considered a pass-through to consumers to account for rises and falls in costs for natural gas, coal, oil and other fuels.

Here’s a look at the fuel charge over the last few years, taken from Bombard’s presentation to the Utility Committee. The city fiscal year is October through October, so the first quarter in the chart is October through December, not January through March. 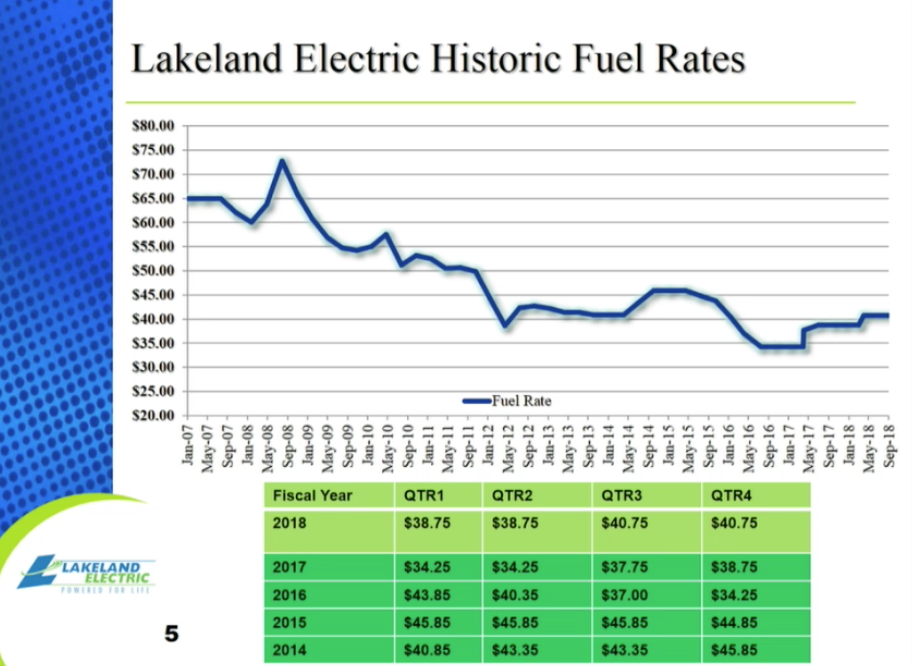