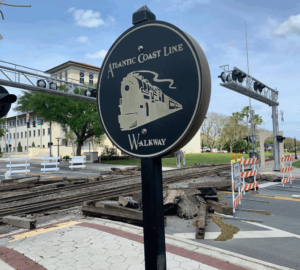 Railroad work blocking downtown crossings at Massachusetts, Kentucky, Tennessee and Missouri Avenues is expected to be completed by Friday, the city of Lakeland says in a new Facebook post. City crews will follow up by adding new asphalt over the weekend so that regular traffic can resume on Monday.

The replacing of CSX rails downtown has snarled roadways this week as north-south traffic has been forced to Florida Avenue, creating a bottleneck. Those who can bypass downtown via U.S. 98 or Sykes Boulevard are urged to do so.