As Dan Signor sipped on a latte and talked about his plans to open a hip new music venue in Dixieland, it was easy to get caught up in his enthusiasm.

The rock ‘n roll musician has entertained in Florida for years, but now he’s setting up a permanent location  in Lakeland called Union Hall at 1023 S. Florida Ave., formerly the site of Truly Nolan.

“It has been on my vision board for a couple of years,” Signor, 39, says of his soon-to-open venue. “I wanted to bring music to Lakeland that you can’t see in the corner of any bar.”

Signor announced today that Union Hall will open May 3 with the first installment in a monthly 1st Friday comedy series. The inaugural performers are Danny Bevins and Ricky Hicken .

With seating for about 50 people, the 3,000-square-foot venue will feature an outdoor patio area with games, and bench seating along the walls. A general admission show should accommodate about 175 people.

The space will be available for rental for such events as weddings, comedians, corporate events.

It has taken months of planning, $80,000 in grants awarded by the Community Redevelopment Authority Advisory Board for facade improvements and other changes — but now he’s close to opening.

He’s partnering with Kevin DeFrances and Ashley Jensen, operators of Meatballs and More — a food truck operation with a name that underplays its varied offerings, in the opinion of some who gently rib the couple about changing it.

It’s about meatballs, sure — but it’s the “more” that’s prominent. “We do all different types of comfort foods with unique twists,” DeFrances says. “We started as a catering service. We adapt to our clientele.”

They have catered for corporate events and weddings, and take pride in being versatile. Their truck will park right out in back at Union Hall, and serve up all manner of tasty temptations to patrons who will be able to dine while enjoying adult beverages and live music.

As food and entertainment options in Dixieland expand, the Union Hall operation will be one of collaboration, mutual respect and support for music, Signor says: “This will be more of a community than a competition. I want to build the locals up, and also bring national acts onto the stage for a real show.”

In the last couple of years, LkldLive and Hillcrest Coffee have emerged as listening rooms where the focus has been more on the musicians than the food, beverages or conversation. Musicians have also been the nucleus at Among Friends Music house concerts since 2011.

Photos by David Dickey Jr.
Click any image for a larger view

Lakeland-area fans are ready to support shows that call for some higher ticket prices., Signor says. The community will support the prices needed for big-ticket acts, he says, if it means avoiding driving to Tampa or Orlando — and the cost perhaps of staying overnight.

Rick Runion, local saxophonist, says he’s psyched about Signor’s plans.  “I’ve known Dan a long time. He’s always been a great musician and a great person,” Runion says. “He sets his musical bar very high, and I’m sure he’ll be looking for that same type of musician craftsmanship for the people and the groups that he will get to perform at the new venue.

“As a jazz musician, I’m always looking for venues to play that are in my hometown of Lakeland. Many times I have to travel to Orlando or Tampa to perform. Here in Lakeland we do have the Lakeland Loft, which is a great jazz venue, but it’s nice to know they’ll be a new place opening soon where I’ll be able to perform jazz music locally.”

The outdoor patio area will offer a neighborly feel — with exposed terra cotta, concrete and a wood bar to offer a natural, organic look, Signor says. Plenty of artwork will be featured, including five of the Lakeland tapestries that have been hung along the exterior on Hunter Street.

“We want to be part of the arts and entertainment district that Dixieland is becoming,” he says. 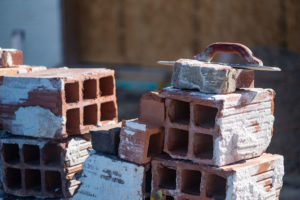 The name Union Hall comes in part from the exposed terra cotta bricks that line the northern wall of the venue. They were designed for The Cooper Union, an arts college in New York City, he claims. The Hall? Well, it’s a music hall.

The grand opening could be as soon as Memorial Day weekend, with a few soft openings before that. Assuming Signor can welcome the public in early May, he says, his scheduled shows so far are:

The venue will be open four days a week: 11:30 a.m. to midnight Wednesdays and Thursdays, and probably 1 p.m. to 1 a.m. on Fridays and Saturdays, Signor said.

Although soft opening date projections have been delayed a few times,  Signor’s excitement has not waned. “I cant wait to open the doors and fill the air with music, laughter and happy souls,” he recently enthused on Union Hall’s Facebook page.